My laptop is a new Apple Silicon M1 so I installed the preview version of Docker for Apple Silicon. When I git clone the Redash repo and then try to set it up using Docker via docker-compose up -d it runs into this error:

I’ve tried uninstalling/reinstalling/cleaning and what was suggested here: Unable to docker-compose build but did not work. Might have something to do with mysql limitations with Docker for M1: Apple M1 Tech Preview | Docker Documentation Can anyone think of any workarounds?

Are you using the M1 compatible docker installation? Or are you running the x86 version via translation? I also use an M1 laptop and have done both but it works better with Rosetta2 (translation) because the Apple Silicone compiled version is just unstable.

I am using the M1 Docker Preview. Do you have instructions on how I can run the x86 version via translation? When I try to download the non-M1 version it say there’s an incompatibility problem. Not sure what the next steps are exactly to set it up like you have. Thank you!!

You’re right. It shows me an error when I try now.

I can’t get Docker on M1 running at all without a bunch of kernel panics. Best to wait until it’s no longer in preview before attempting this again.

T I have the same problem. Have you solved it？

No, had to use my old laptop. 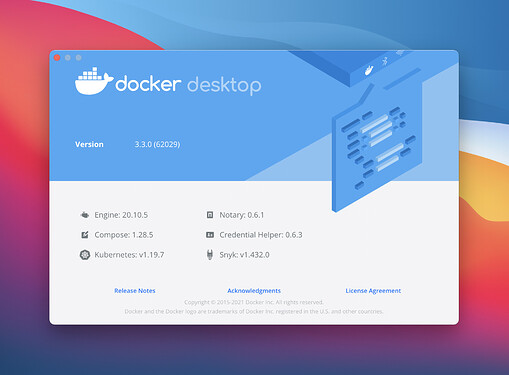 At first I couldn’t start Docker at all. The application launched and then crashed my entire system. I followed these instructions to fix my bad installation. After a complete wipe of Docker, installing Big Sur updates, updating my xcode tools, and reinstalling the latest RC candidate my Docker opened normally

When I first ran docker-compose up -d I had the same error as OP:

However, since I’m not connecting to a Microsoft SQL Server right now I just modified the Dockerfile to skip this installation.

After this docker-compose up -d worked fine.

Then I installed NodeJS using an installer from their website and built the frontend assets:

And created the database:

I added Redash’s own metadata DB as a data source and ran a quick query: 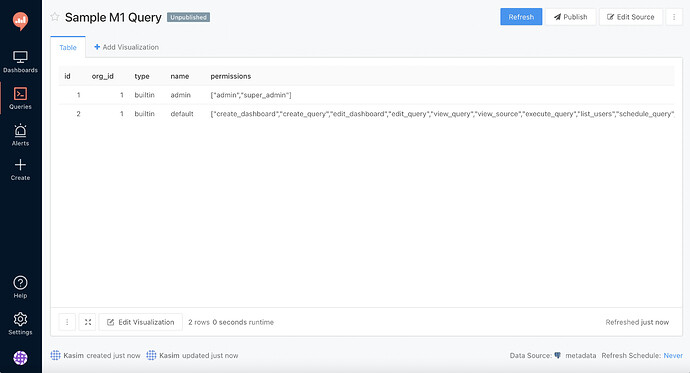 Performance is much slower than on my Intel Mac. But it’s suitable for basic development (especially front-end). The npm run build command is noticeably faster.

After commenting out the MYSQL ODBC driver I’m still hitting another error:

[EDIT] I ran into this issue as well but it was a typo in my Dockerfile. I don’t remember it exactly but perhaps I can spot it in yours.

Here is what my diff looks like (copied from yours) 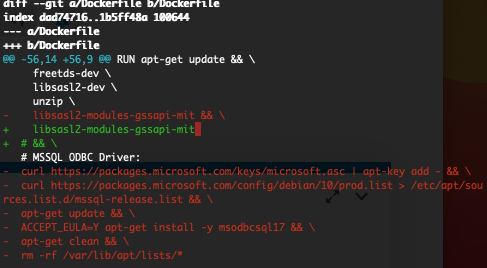 I was having the same issues here, and adding “ENV skip_ds_deps=1” to my Dockerfile above the pip install worked

Right. You could also just carve out the dependencies that cause build errors.

after doing → npm run build (I am getting the following error). its complaining about node engine. Any advise. Thanks!!

Are you in the right thread? It looks like you’re using redash-client which is an NPM module. This thread is about running the Redash application itself.