We (RecoLabs, a stealth startup) are building a golang SDK for Redash, and we’re planning to open-source it. We’d love to coordinate with the community before just publishing it, so here goes

From the documentation of the go package:

And from the README:

This is a simple SDK for the programmatic management of Redash. We created this client based on the python code of version 10.1.0 of Redash.

Which parts of the API are covered?

Some of these resources might only be partially covered.

We needed a way to programmatically control our self-hosted Redash instance from our backend services - we developed a custom dashboard screen in our product and Redash solved many issues for us, so we decided to use it as both the backend and the visualization engine (with embedded visualizations).

Subsection of the Swagger file

Get a visualization’s embed URL

Once we collect a bit more feedback about the package internally and from y’all here in the community, we plan to release it under BSD 2-Clause “Simplified” License. Hopefully, we’ll be able to make this happen very soon.

That’ll be pretty welcome. I started down this track a while back, but ran out of time.

One of the weird things I found with the Redash API, was that sometimes the JSON that’s returned changes field types depending on part of the returned data.

That made my initial Go efforts (with Go being a strongly typed language) more of a hassle that it needed to be. Wasn’t impossible to work around, just an unfortunate inconvenience.

Hopefully that strangeness doesn’t get exposed through your Go SDK.

On that note this is the initial Redash end points list I threw together when looking over the API code.

May or may not be useful, depending on how far you’ve progressed already.

(tried attaching this as a file, but Discourse only seems to allow for pictures.

@ShayNehmad-RecoLabs Anything publicly available to try yet?

Asking because I’m writing some internal-use Redash utilities now (in Go), so figured that if your library has something able to be tried out then I might as well give it a go.

If not, I’ll just use the initial bits I was working on a while ago as the foundation piece. That’ll work too.

@ShayNehmad-RecoLabs Anything publicly available to try yet? 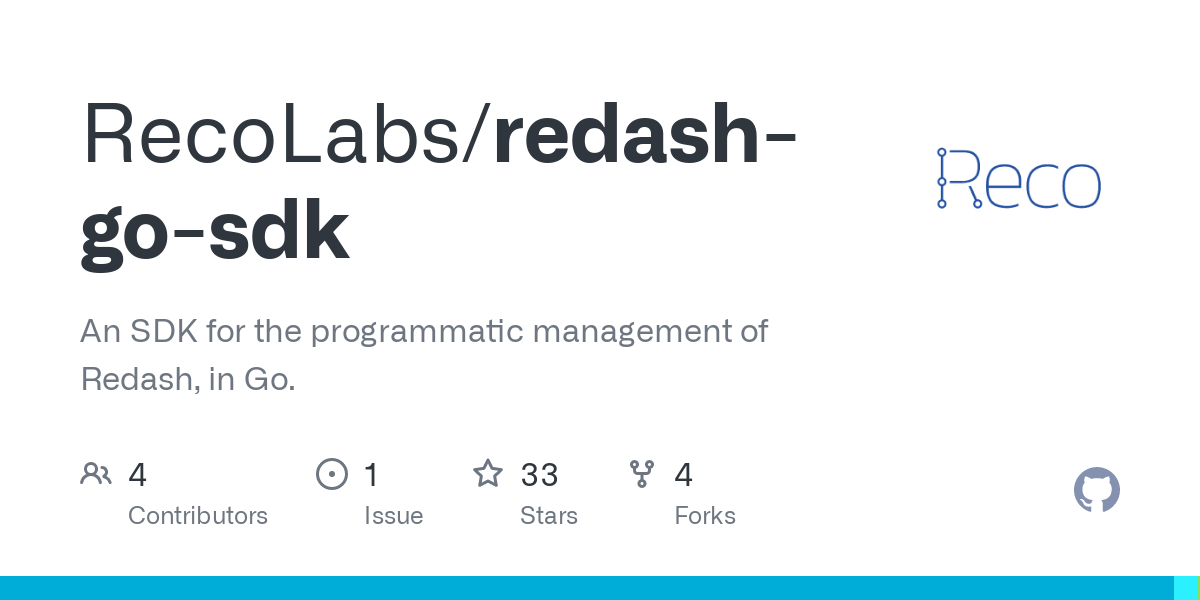 GitHub - RecoLabs/redash-go-sdk: An SDK for the programmatic management of...

Excellent. I’ll have a go with that over the next few days.

@ShayNehmad-RecoLabs is there any functionality in your sdk to extract the list of dashboards , similar to redash api /api/dashboards ?